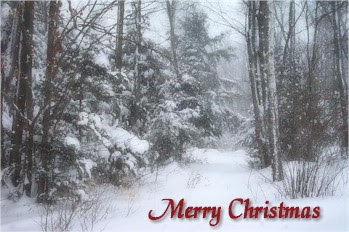 Argosy guarded by Horus and inspected by Bear

I haven't worked much on the Argosy scarf from knitty.com. I've been tracking time and I've only spent 4.25 hours total on it. I have almost eleven repeats of Section 2.

I tried to take indoor update photos, but, as always, Horus had to sit guard over the item and this time Bear had to come inspect it as well. Horus is very firmly sitting in place, but you can just barely make out Bear sneaking up on the ball of yarn just in case it is EVIL and willing to attack an unsuspecting cat.

I took an "unposed" snap of the scarf being held in front of my bedroom door as I was taking it back to safety. This one doesn't have any cats in it but it does show up the color mix.

I didn't have much opportunity to work on the scarf this week. I only managed about half an hour on Tuesday, so this isn't much as far as weekly updates go. I still haven't decided who the recipient of this will be.

Sure and begorra, 'tis a fine day!

The History of St. Patrick's Day

Yes, after all this time there really is honest to goodness knitting content on my blog. I can hardly believe it myself. This is about an hour's worth of work on the Argosy scarf from knitty.com. I started it at work on Wednesday during lunch. Let me tell you that it's really hard keeping count when you sit with a bunch of friends in the lunchroom at work and gossip. It took three tries to get it started without making a mistake. I'm not sure who I'm making this for yet.

It doesn't look like much, but it does pretty up the further along I get. I know this because I actually started the scarf last year before the finger business put a kibosh on my life and I had it about a quarter done. After the surgery and before the arthritis came along, when I thought I was fit enough to knit, I added a couple of pattern repeats only to realize I'd made a serious boo-boo. There was no way I could keep going with the pattern mistake I'd made so I finally frogged it on Tuesday and started over again. I intend for this to be my lunchtime project until I finish it.

And speaking of the finger business, here's a shot of me holding the yarn after I snapped the picture above. Doesn't really look much better, does it? I still can't straighten the finger, but I can use it for typing and knitting and holding things so that's progress at least.

And, yes, my had is a bit swollen. I'm back on blood pressure meds. The one I'm on now is a diuretic since I'm retaining over 20 pounds of water weight that I've put on in the last two months. That's apparently when the blood pressure went out of whack again. Oh, well. At least I can knit again.
Posted by Seitherin at 3/15/2008 03:24:00 PM 1 comment:

OK, it probably isn't to everybody else on the planet, but it is to me. I was messing around getting some email accounts created at (in . . . on?) my domain so I thought I'd take a gander at some statistics since I haven't done that in a while. My little corner of the 'web seems to be popular in Norway (2.24%), Germany (2.22%), and France (1.05%). When you keep in mind that slightly better than 91% of all my web traffic comes from ".com", ".net", and ".edu", those percentages are pretty impressive.

I wonder who I know in Norway and France. I know who I know in Germany but I don't think she's generating all that traffic by her little lonesome.

I also wonder which blog is generating all the traffic. Instinct tells me it's this one since there are a lot of knitters in Europe.

Woohoo! I got my invite tonight and I've signed in. I haven't done much yet other than some basic profile stuff, and I probably won't get much of anything else done until this weekend, but I'm on Ravelry! Woohoo!

Oh, of course, I'm Seitherin there so that's how you can find me.

This is as close to crafting as I've gotten since the arthritis caused by the finger ailment put me on Remicade treatments in December. Did I ever mention the ordeal of the finger caused an outbreak of psoriasis which lead to an extremely debilitating case of psoriatic arthritis for which I've been undergoing treatment since December? If I didn't before, I have now. The finger still doesn't work worth a darn, but at least I can mostly use it to do mostly normal things like holding cups and cutting my own meat. Anyway, I've finally perked up enough to be interested in knitting again and I ordered two books which arrived yesterday. I really like both of them. I'm toying with the idea of scarves in people's futures.